Today is 70 years on from the start of Operation Overlord. On the morning of the 6th June 1944, over 150,000 Allied troops landed on the coast of occupied France and began the long and weary fight to defeat the Nazis and free occupied Europe.

With ceremonies to mark the anniversary taking place all over the country, including a church service at St Oswald's Church in Ashbourne at 6pm this evening, what better occasion to think about your own family's experience of the war?

Here at Hoe Grange, our family history was closely entwined with the war. 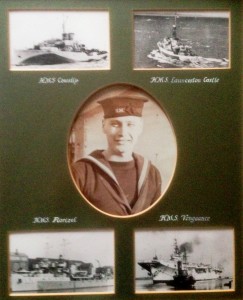 During the second World War Felicity's father, William Robinson, or Bill as he was known, was a radio operator in the Royal Navy. Throughout the remainder of his life he could still talk in morse code!

At the start of World War II in 1939, the Royal Navy was the largest in the world, but it suffered huge losses in the early stages. The Navy's role during WW2 was to provide cover during operations and evacuations such as Dunkirk; guard the sea lanes and escort convoys across the Atlantic and Arctic Oceans protecting them from air, surface and submarine attack.

Both Bill and Olive developed a love for boats that never left them and even their grandson, Elliot, has inherited their passion for sailing and has recently qualified as an assistant sailing instructor at the nearby Carsington Water. 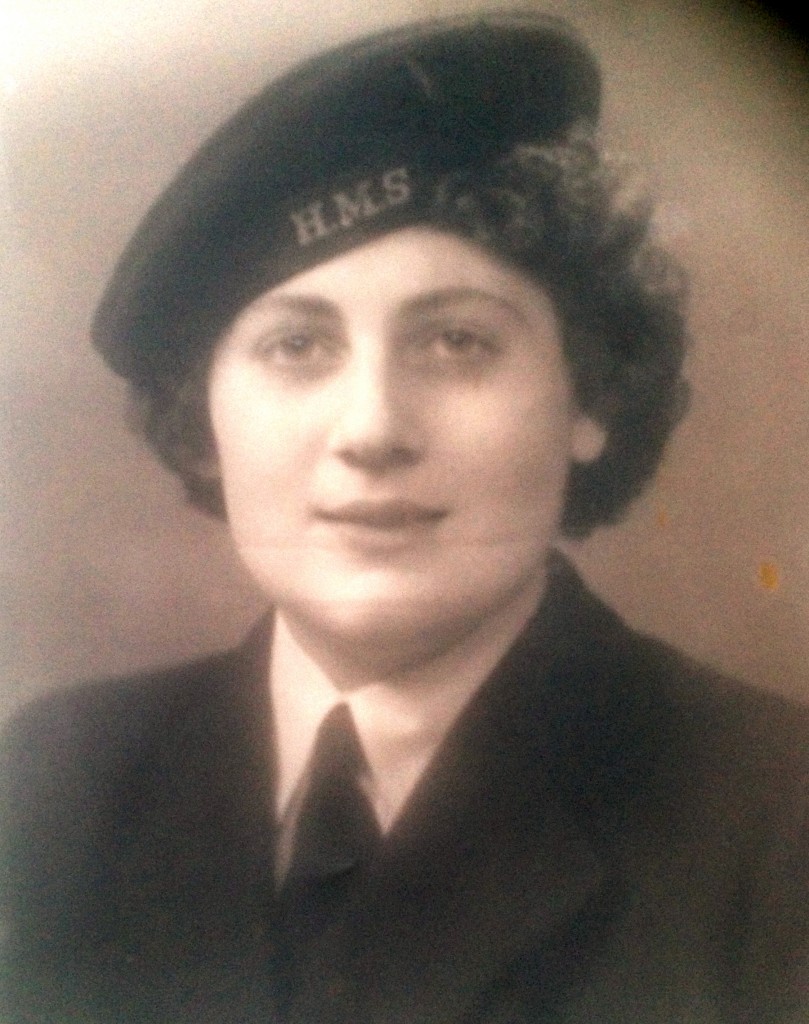 Felicity's mother, Olive Clement, served in the Women's Royal Naval Service - more popularly known as the Wrens. She was a Leading Wren - just under the rank of a Petty Officer in Navy terms - and it was her job to take the telephones lines on board the ships as soon as they came into port. It was important for the officers on board to be able to contact people on the shore right up until the last moment before the ship set sail. Indeed, Olive once left it too late and the gang plank had been removed, trapping her and the precious telephone on board! Luckily, a crane had only just finished loading some supplies and Olive was able to jump on the hook at the end of the hoist line and be swung back to shore.

Later, Olive became a Torpedo Operator working in Southampton, responsible for clambering into the torpedo tubes to clean them out, before checking that the torpedoes were correctly loaded and in working order before a ship went off to battle, rather a risky business! 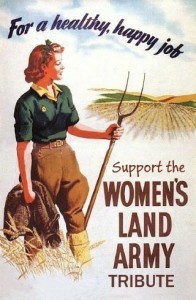 David's family had a different experience of the war. As farmers, David's father, Gordon Brown, his mother Anne Bunting and thier families, were not called up for active service as farming was a 'reserved occupation'. Instead, they served thier country in another equally valuable way - by producing much needed food on the family farms near Ashbourne!

The Second World War meant food shortages across Britain and farmers were under lots of pressure to produce food for the nation. Land Girls were drafted in to replace farm labourers gone off to war and to help the farm produce as much as possible. They performed a wide range of jobs, including milking cows, lambing, managing poultry, ploughing, gathering crops, digging ditches, catching rats and carrying out farm maintenance work! You can discover more about the Women's Land Army on the BBC website.

If you're interested in researching your own family history during the war, why not check out the National Archives? Or if your ancestors come from the Peak District area, you might find information in the Derbyshire Record Office.

Find out more about the history of D-Day on the D-Day Museum website and follow events for the anniversary on the BBC.