It's amazing how quickly the seasons change and another year flies by, but the ancient tradition of well dressing is ever constant. The Peak District hosts many well dressings, but Tissington village produces some of the most spectacular, with a total of 6 wells. 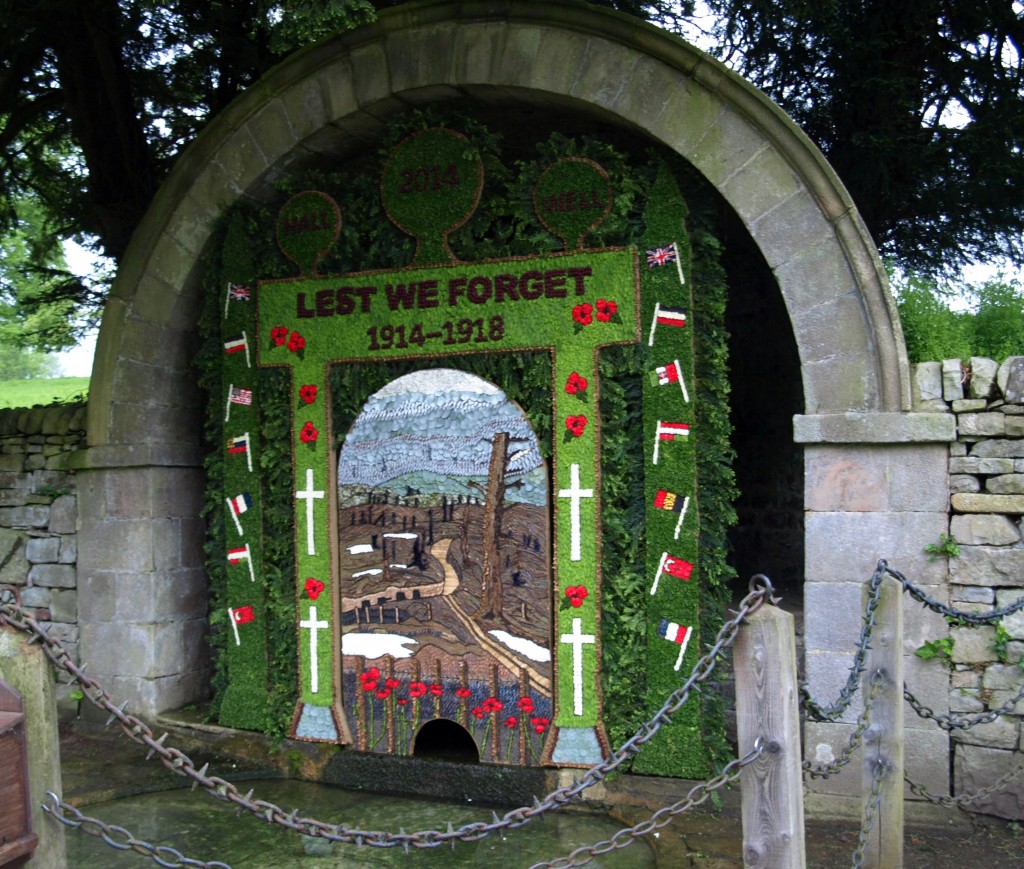 It is unclear as to the exact origin of well dressings - some believe they were originally pagan celebrations, others consider they only go back as far as the Black Death in the 1348. Many communities were devastated by the dreadful plague, but Tissington was spared and locals believed their escape was due to the purity of the water. Did thanksgiving begin then or perhaps later in 1615 when the country experienced a severe drought? At this time Tissington continued to have a supply of water from its five wells and a thanksgiving service was held.

What is clear is that the tradition of well dressing is an ancient art going back hundreds of years and is still going strong today. The themes are often biblical, but this year several commemorate the First World War. 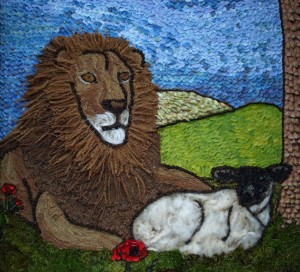 The Lion and The Lamb - look carefully the lion even has whiskers!

Each well is decorated with a surrounding picture made from a board covered with a clay/salt mix. The boards are first soaked in the village pond after which they are plastered and then the picture is traced onto them.

Cones and coffee beans are used as outlines and the filling in of the picture is done with brightly coloured flower petals, twigs, wool and stones. This is done during the previous three days to Ascension Day.

It's not just a thanksgiving but a marvellous way of bringing the whole village community together as everyone contributes in some way to this annual event, digging clay, picking flowers, decorating the boards or erecting the dressings at the wells throughout the village.

The celebrations start on Ascension Day (celebrated on the 40th day of Easter which is always a Thursday) with a procession blessing each well and a Church service at St.Mary`s. The Well Dressings are displayed for a week and they are definitely not to be missed.

It's interesting to see the slide show of behind the scenes and how the wells are created and dressed. 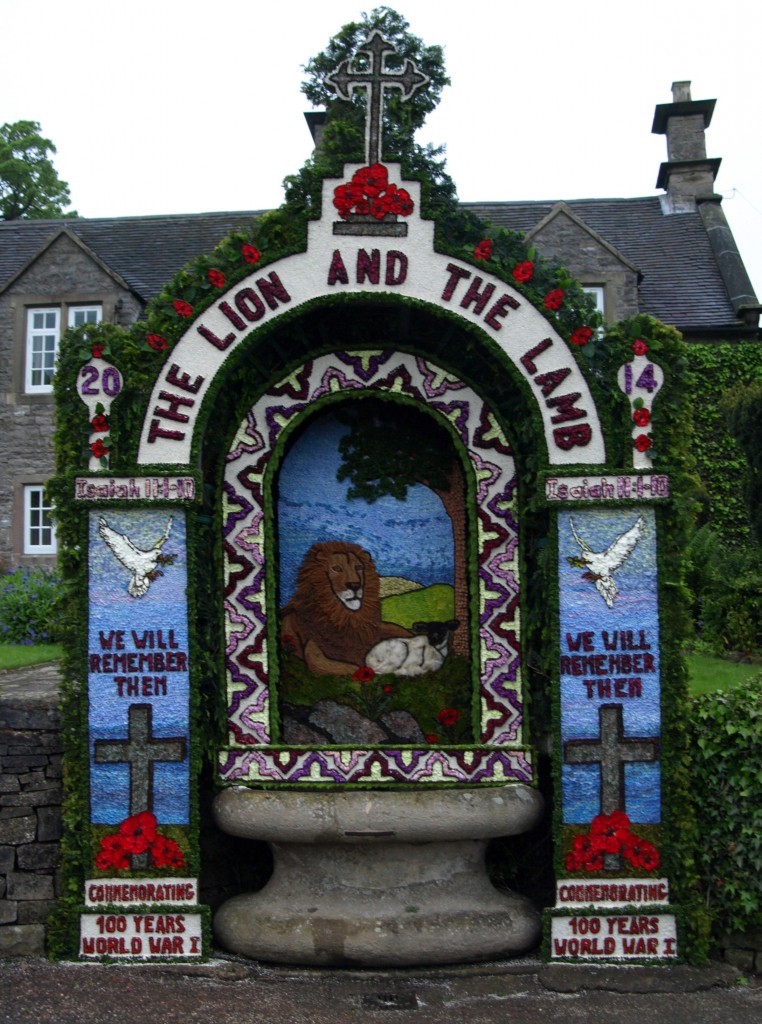 Hand's Well - a biblical theme of The Lion and The Lamb 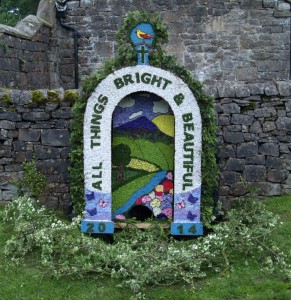 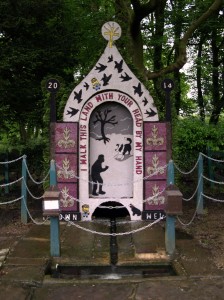 Town Well with a stunning black and white theme 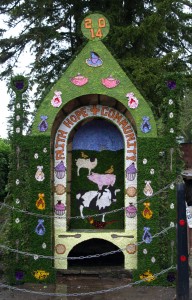 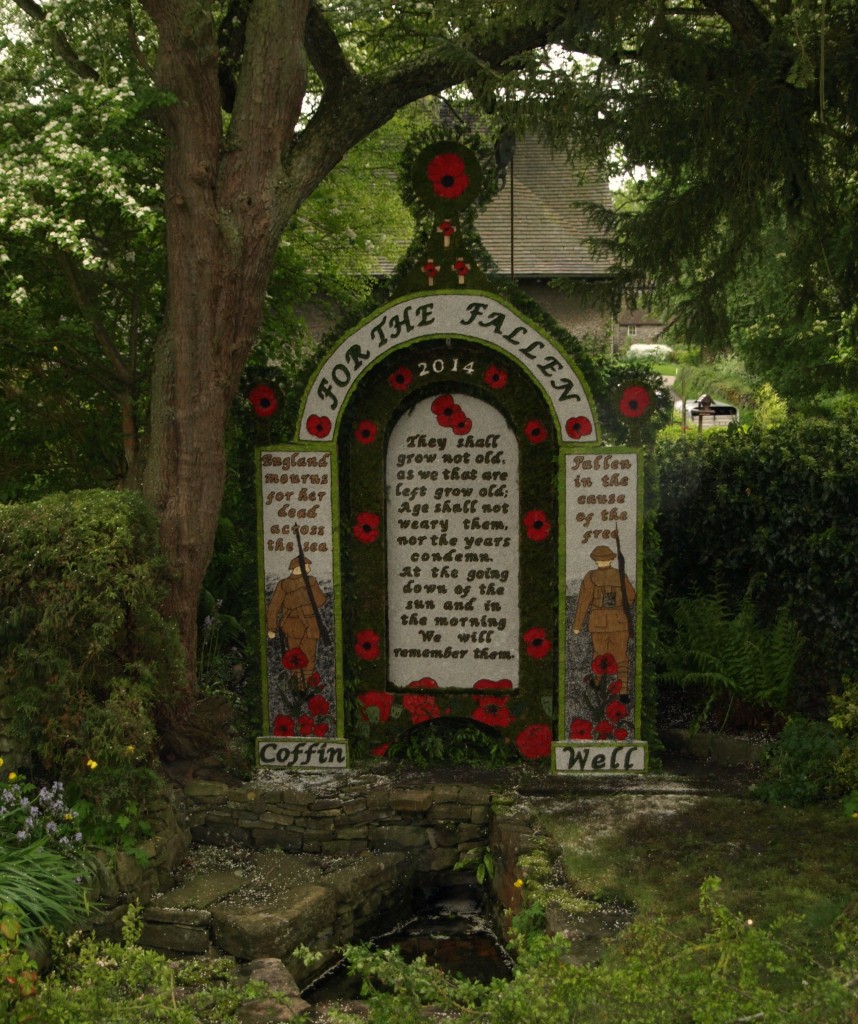 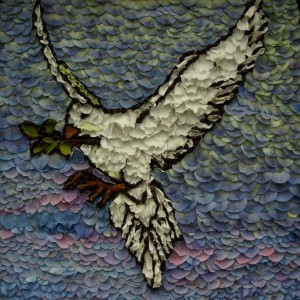 Dove of peace in a hydrangea sky