Recently David and I were honoured to attend the unveiling of the Women's Land Army and Women's Timber Corps memorial at the National Memorial Arboretum by HRH The Countess of Wessex. Despite the blustery weather and stormy skies there was a fantastic turn out of 'Land Girls' mostly now in their 80's but at least one over 101 years old. 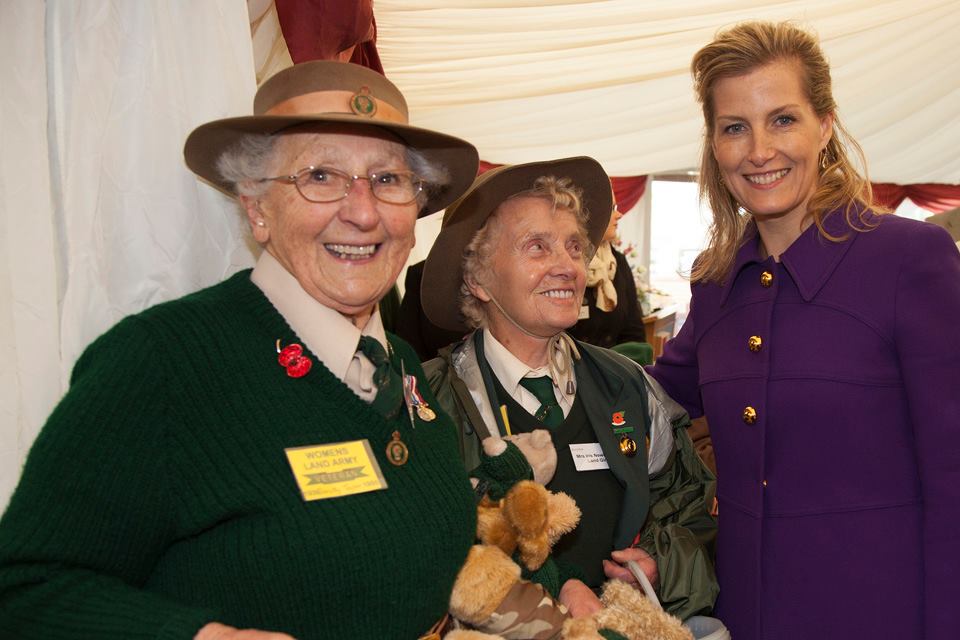 The British Women's Land Army (WLA) was first formed in 1917 as an answer to the shortage of labour on farms when the men left to fight in the trenches during the First Worl War. German U boats disrupted imports of food and a failed harvest made the situation critical.

In response to meet the demand for farm labour the Government launched the WLA and recruited 23,000 women across the country. Whilst many came from towns and cities they soon learned how to milk cows, tend the animals, plough with horses, whilst a few lucky ones got to drive tractors.The first WLA was disbanded in 1919, a full year after the end of the First World War.

One of the land girls I met on the day said she ran away from home to join at the age of 16 years as her father used to lash her with his belt, so she forged his signature and escaped! 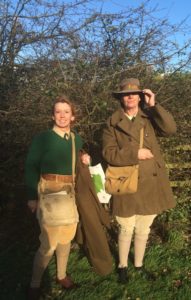 At the onset of the Second World War in 1939 the WLA was reformed. At this time Britain was importing 70% of it's food which made the country extremely vulnerable to enemy blockades of shipping. By 1945 thanks to government initiatives and the hard work of the 80,000 unsung Land Girls the country was 70% self-sufficient in food. The work continued after the war until 1950 when the WLA were disbanded. 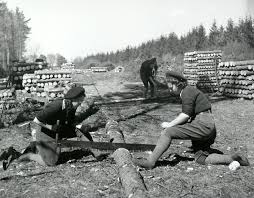 The Women's Timber Corps (WTC) was formed in 1942 and the girls quickly became known as Lumber Jills. Their tasks included selecting, measuring up, and cutting down trees using axes and saws. Timber was often removed from the forests using horses. It was then delivered to sawmills for the production of pit props, barricades, railway sleepers and coffins. The WTC was disbanded in 1946.

In all over 240,000 young women served in the WLA and WTC during the two world wars and received little recognition for their valuable contribution to the war effort.

However in 2008 survivors were awarded a Veterans' Badge and certificate.The Staffordshire branch of the Women's Food and Farming Union (WFU) then raised sufficient funds for the magnificent memorial sculpture by Denise Dutton of the Land Girls and Lumber Jills, each wearing their distinctive and iconic uniform. 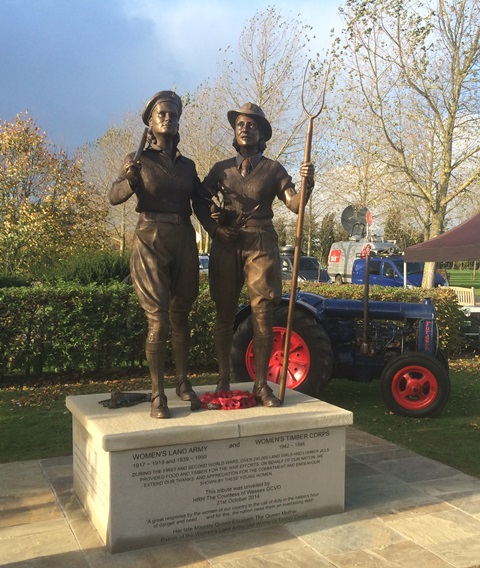 Well done to the Staffordshire WFU, Eunice Finney and the team for their never ending determination to make this happen. We have a slight family connection and are proud to have been able to help - whilst not a Land Girl herself, as a farmer's daughter, David's mother Anne worked alongside the Land Girls.