Nora from Norway who is riding her pony, Juniblest, all the way from the New Forest to Newcastle-upon-Tyne for charity.

First of all, a bit of an introduction could be a good idea. I'm Nora, a human female of 23 who's been studying music in Southampton for the last three years and who missed her pony so much in her first year that she had to drag the poor thing all the way to England. My pony is a 14 year old Norwegian Northland gelding, Juniblest (means June Breeze in Norwegian - the only one to set hoof in UK so far =). 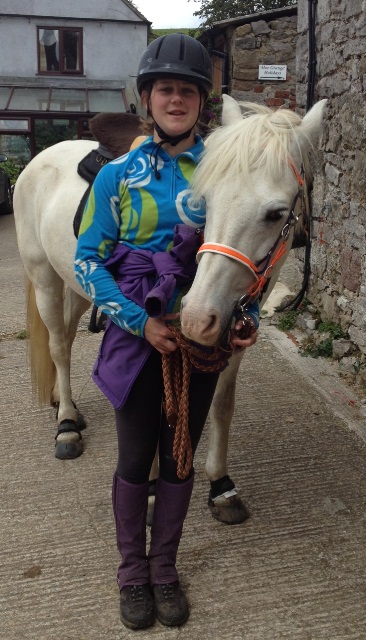 Norah from Norway with her pony Juniblest

As I finished my studies this spring I thought I could hit many birds with one stone by riding to Newcastle; I could get the ferry back to Norway, raise awareness about the importance and joy of physical activity for humans and animals alike, have an epic holiday after three years of studies, and raise a bit of money for my two chosen charities, Riding for the Disabled Association and World Horse Welfare.

Now, the ferry from Newcastle to Norway stopped running in 2008 but I still had three birds left to hit with that stone so I decided I'd go anyway. Still not sure if we'll go into Newcastle as such seeing as roadwork is very hard on Juniblest mentally and physically, but time will tell. We will definitely follow the Pennine Bridleway to the end!

I chose to raise money for Riding for the Disabled Association because they have kindly done me a massive favour by using Juniblest every Wednesday for the last two years and thereby given me a day off to actually do some studying. And of course, what they do is very, very important!

World Horse Welfare was chosen because they have some very informative videos on weight management that were extremely helpful last year when I realised (with some help) that I had let Juniblest become obese. The advice from the videos really helped me slim him down and I want to support them because they too make a massive difference on this planet.

We set off on the 1st of July and so far we've had an awesome journey! I got a picture of Juniblest in front of Stonehenge, we've met so many lovely people and seen sides of England I hadn't seen before. And of course we've been to more than a couple of pubs =) The weather has been interesting, but I've finally managed to get a bit of a tan. Sort of. The rain was a bit hard on me, but the sun has been very draining for Juniblest.

Coming onto the Pennine Bridleway in Derbyshire today was a massive relief after three days of mainly road work and baking heat, and Juniblest had enough energy to be excited when we got to Hoe Grange. We both settled in quickly and I will not be surprised if we sleep like logs tonight ;)

For more info and diary, please visit my blog

PS. Thanks to David and Felicity for putting up with us and riding along the High Peak Trail on their horses Oliver and Jessie. 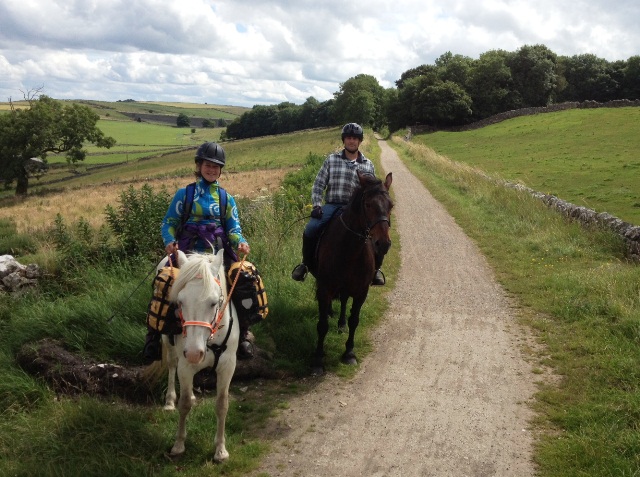