Buxton set to sparkle as a Spa town

Buxton is built on the river Wye and has an ancient history as a spa town due to its geothermal spring which rises at a constant temperature of 27.5 °C, from 5,000ft below ground. The Romans, who were renowned for their hygiene and love of taking the waters, were quick to take advantage of the geology of the area. In around AD 78 they developed a settlement there known as Aquae Arnemetiae, or “the spa of the goddess of the grove”.

In Medieval and Tudor times people continued to travel to Buxton to take the waters, with famous visitors including Bess of Hardwick and Mary Queen of Scots. However, it wasn’t until the Georgian period that Buxton really flourished as a spa town.

Buxton as a Spa Town

William Cavendish, the 5th Duke of Devonshire, used the profits from his successful Copper mine at Ecton, to revive Buxton as a spa town. The Crescent was the centrepiece of the Fifth Duke of Devonshire’s plans; built between 1780 and 1784, it was modelled on Bath’s Royal Crescent and designed to showcase the importance of the town and attract the wealthy socialites of the day.

The Crescent originally incorporated a hotel, five expensive lodging houses (so the Dukes friends could stay in town), and a grand assembly room with an ornate painted ceiling.

The ground floor arcade included shops such as coffee house, a hair and wig-dresser, and there were kitchens in the basement. The Assembly Rooms were very grand and soon became the social heart of 18th-century Buxton, and “The In Place" to be seen. 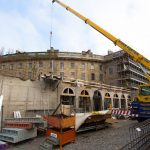 Buxton’s star fell, and for decades The Crescent lay empty and unloved, as you can see from the video. However the Grade 1 listed building is set to spring back to life, due to the ambitious restoration project to reinstate Buxton’s status as the spa capital of Britain.

The Crescent’s iconic building facade forms an arc of a circle facing southeast, and it will once again be an amazing showstopper when finished - I think the 5th Duke of Devonshire would be positively beaming at the idea!

The renovated spa will bring together the very best of the traditional and the modern. At the heart of the complex will be the original thermal pool, fed by mineral water from the nearby ancient spring St Ann’s Well.

In addition, there will be pampering treatments featuring mineral-packed mud, specially tailored healthy lifestyle programmes, and a host of relaxation and leisure facilities. There will also be an indoor/outdoor pool with water features, a sauna, steam and ice rooms, a fitness studio and a beauty salon. Can you picture yourself enjoying this amazing swimming pool? 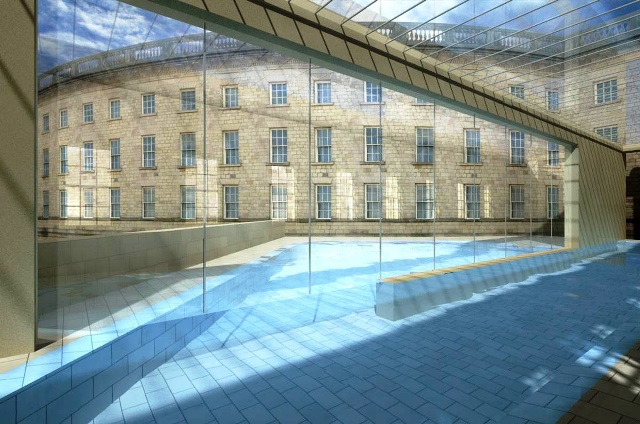 Adjoining the spa complex will be an 80-bedroom five-star hotel, allowing guests to enjoy a truly luxurious spa break. The magnificent Assembly Rooms and Mineral Baths will be restored to their former glory, and there will be 6 retail units in the front ground floor. 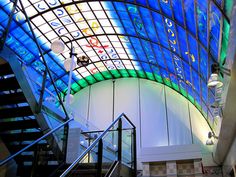 The original Natural Mineral Baths designed by Henry Currey, were opened in 1854 on the site of the ancient Roman baths. The building incorporated an incredible barrel vaulted stained glass canopy designed by Brian Clarke, which is the largest in Britain. The arcade was redeveloped in 1987 as a shopping centre and is worth a visit just to look up at the electric blue decorative glass ceiling.

Taking the waters at The Pump Room 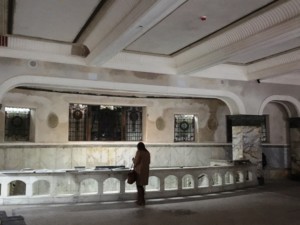 The Pump Room, also designed by Currey, was built in 1884 opposite The Crescent and next to St Ann’s Well.

Whilst you could drink spa water free of charge from the public well, the Pump Room enabled genteel visitors to sip the waters away from the hoi polloi, for the charge of one penny. 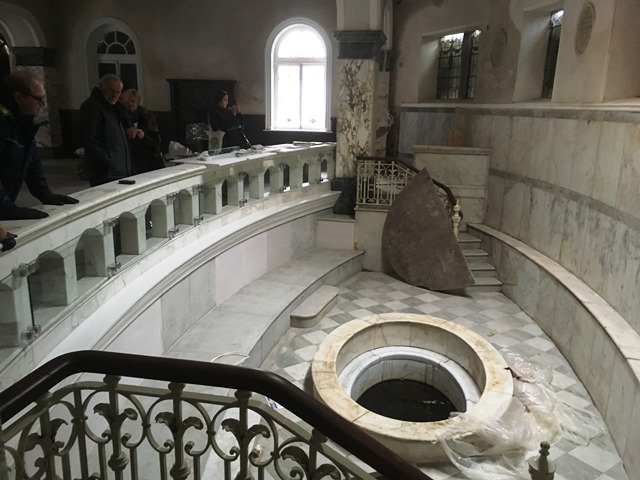 The Pump Room was presented by the Duke of Devonshire to the town in 1894 and continued as such until 1981 when it became home to the world's first Micrarium. This housed 44 special microscopes to study close-up microscopic organisms, plant life and geological specimens. The dream of Dr Stephen Carter, a researcher with ICI Pharmaceuticals, the Micrarium attracted an enthusiastic following and became a popular place to visit until it closed in 1995. Many of you may also remember it as The Tourist Information Centre. 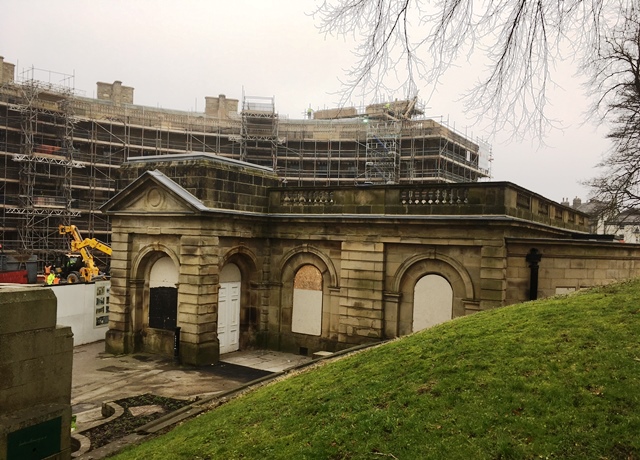 The exciting news is that The Pump Room is also currently being refurbished as part of the National Lottery-funded Buxton Crescent and Thermal Spa re-development. 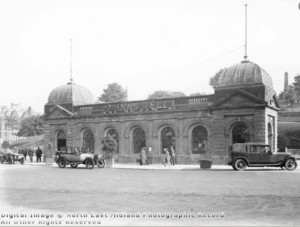 As you can see in this early photo, the building originally had twin domes or cupolas which disappeared at some point, probably due to the high cost of maintaining them. Sadly these will not be replaced, but it will still be an impressive building when completed. 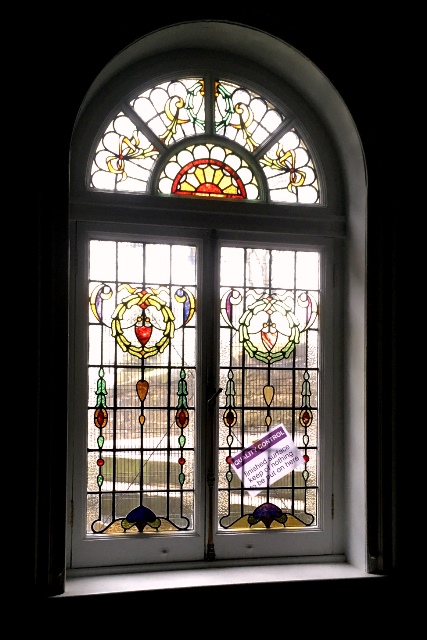 The restored Pump Room will imaginatively bring to life the many fascinating stories about Buxton, it’s relationship with the water, the Crescent and Natural baths in a creative mix of performances, installations, interpretations, events and programmes.

When fully opened the pump room will once again enable visitors to taste the pure Buxton water and provide space to discover more about Buxton’s spa history.

So as you see Buxton is set once more to sparkle as a spa town - odd how history often repeats itself!