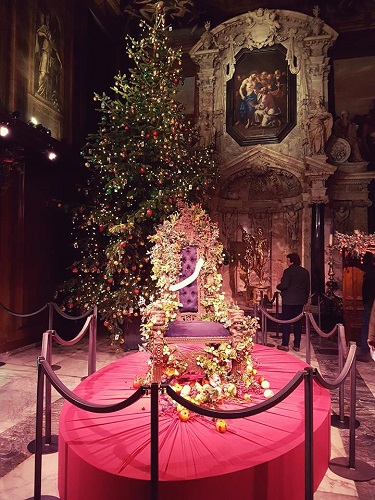 What the Dickens! It's Christmas at Chatsworth House and once again there is the most spectacular display of Christmas cheer, with just a few bah humbugs thrown in. With book characters as your guide the spirit of Christmases past will be upon you!

The theme for this year’s Christmas celebrations at Chatsworth House is the famed Victorian author and social critic Charles Dickens.

His epic stories, vivid characters and detailed description of contemporary life are unforgettable.

His novels have become much loved classics including, Oliver Twist, A Christmas Carol, Nicholas Nickleby, David Copperfield, A Tale of Two Cities and Great Expectations. He cleverly crafted some of the world’s best-known fictional characters, including Uriah Heep, the Artful Dodger, Fagin, Miss Havisham and of course Scrooge.

Dickens was born in Portsmouth in 1812, the second of eight children. His father, John Dickens, was a naval clerk who dreamed of striking it rich, but instead fell into debt, so the whole family ended up in a debtor’s prison. His first novel, Oliver Twist, which follows the life of an orphan living in the streets, was inspired by how Dickens felt as a penniless child forced to get by on his wits and earn his own keep.

Charles also lived through the Industrial Revolution and through his many characters he was able to chart how life was changing, especially for the poor people.

On your tour around Chatsworth House you will discover the splendour and squalor of Dickensian London, with Victorian shop fronts, the London Docks, Scrooge's bed and much more all magnificently dressed for Christmas.

The decorated rooms sparkle to life with hundreds of Christmas baubles and twinkling decorations. The displays are as imaginative as Charles Dickens stories.

My favourite is the character cleverly created out of actual books in the entrance hall.

There is also plenty of opportunity for interaction. Children will love trying to spot Bill Sykes’ dog, Bullseye, as they follow through the house, and can also have fun dressing up. You may also encounter Miss Haversham or the dastardly Bill Sykes. Be warned - definitely don’t turn your back on Fagin or you may find your watch is missing! 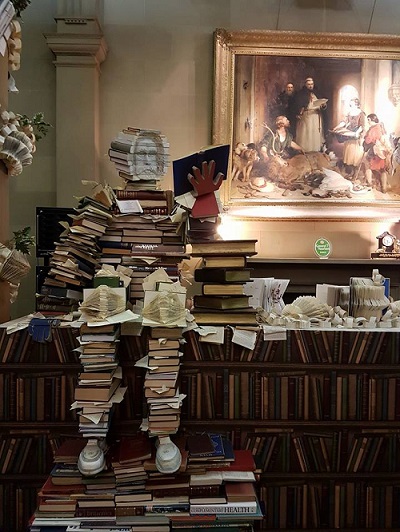 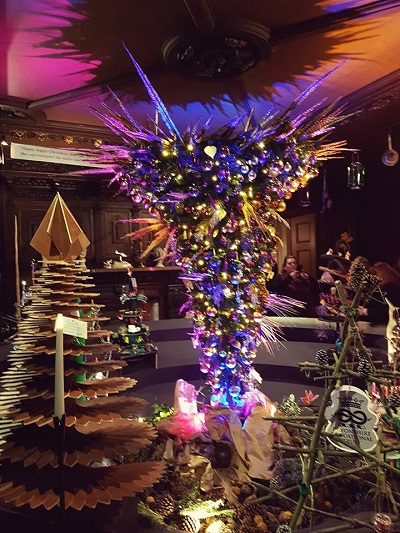 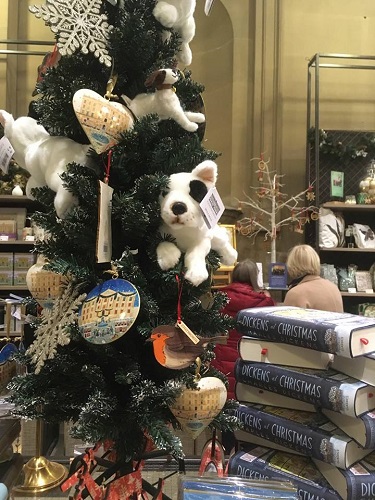 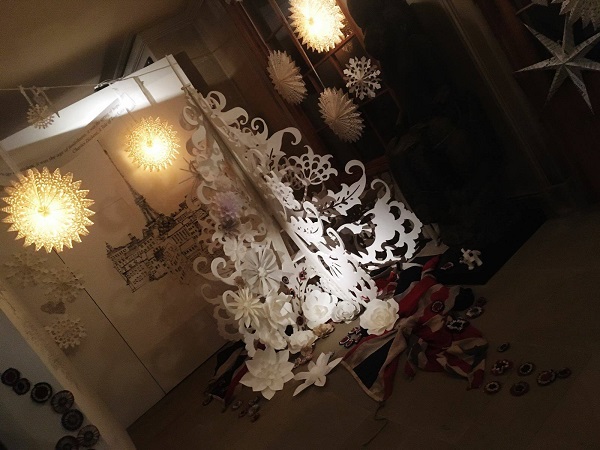 "I will honour Christmas in my heart and try to keep it all the year"
Charles Dickens, A Christmas Carol

Check here for our December availability in our cosy log cabins and gorgeous glamping pods.