A stroll through Ilam Park

Wondering what to do this Autumn? If you love walking why not enjoy a winter weekend staycation at Hoe Grange and take a stroll through Ilam Park?

One of the treasures of the Peak District, Ilam Country Park covers 158 acres with a stunning backdrop of Thorpe Cloud. It is now owned by the National Trust, together with the remains of the 19th century mansion of Ilam Hall, which is used as a youth hostel.

The National Trust also maintains the Italianate Garden below the house, as well as Hinkley Wood, an ancient wooded area planted with limes. Hinkley Wood is a designated SSSI (Site of Special Scientific Interest).

At its extremity are the River Hamp and River Manifold, which after taking separate subterranean courses emerge and unite to form a wide river at the valley bottom. 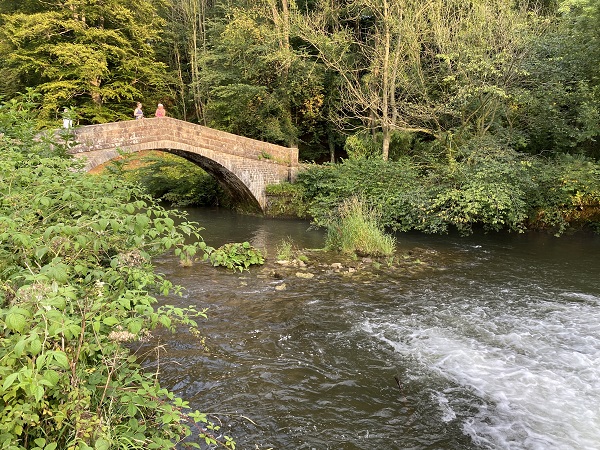 Stroll along the softly flowing Manifold River before heading up through the woodland walks to blow the cobwebs away on the higher hillside. It’s worth the climb to take in the stunning views across the Manifold Valley.

The history of Ilam Hall

The Ilam estate stands on land that used to form part of Burton-on-Trent Abbey. Following the Dissolution of the Monasteries ownership passed to William Paget, who was Principal Private Secretary to the King, who then sold the manor to John Port in 1547. The Port family built the first known Ilam Hall on the ridge over the river in the Elizabethan period and remained in residence for the next 250 years.

In 1809 the Ports sold Ilam to David Pike Watts, a wealthy brewer from London. On his death his daughter Mary inherited Ilam Hall. She was married to Jesse Watts-Russell, an MP and High Sherriff of Staffordshire, who rebuilt the hall as it stands today.

The new hall built by James Trubshaw, a builder and engineer, was completed in 1826. As part of this showy country retreat an Italianate garden was designed and installed, which you can wander around today. 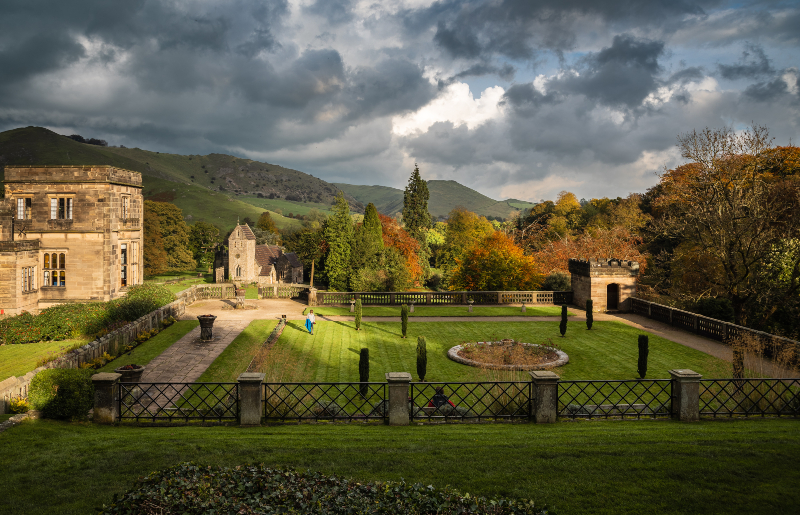 Like many large country houses Ilam fell into disrepair during the 1930’s and was sold for demolition. Luckily before the whole building was knocked down Sir Robert McDougal stepped in and bought what was left of the house.

About a third of the original house survived, including, The Great Hall, service wing, hall, and entrance porch. Ilam Hall was then given to the National Trust on the understanding that the house would be used as a Youth Hostel. It is now listed as Grade II* status as a historic building. 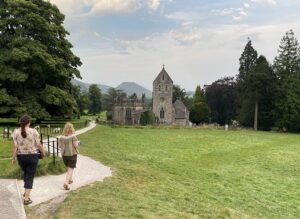 Holy Cross Church sits within the park, not far from the hall, against the back drop of the iconic Thorpe Cloud. The Medieval church was rebuilt in Victorian times and sits on the site of an earlier Saxon church which commemorated the shrine of hermit St Bertram. This 6th-century saint took up a solitary life after his wife and child were killed by wolves in the forest that once covered the area. Thankfully the wolves are long gone and there are only sheep wandering across the pastures. 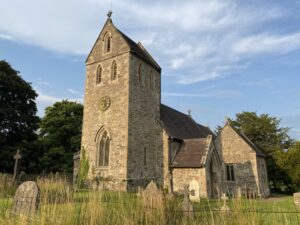 The Church is worth a visit to see the beautifully carved Saxon font depicting scenes from the saint's life, and the 13th-century altar table in the South Chapel said to be Bertram's shrine. 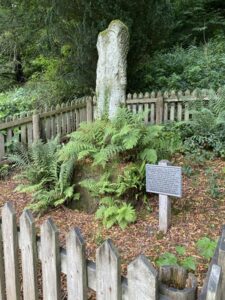 A short distance South of the church is St Bertram's Well. Further upstream you will find a grotto where writer William Congreave composed his first play, 'The Old Batchelor', while on a visit to Ilam in 1689.

Follow the Paradise Walk and you will discover a Saxon cross called The Battlestone, thought to commemorate a battle against the Danes. There are many footpaths to follow, including this circular walk to Dovedale, before heading back to the tea rooms to enjoy a cup of tea and a delicious slice of cake!

Ilam village is quaint and unique in character. Watts-Russell moved the entire village as it spoiled the view from his new hall. He modelled the houses in a Swiss style, because the stunning countryside reminded him of Alpine scenery, which he no doubt discovered on a Grand Tour!  I wonder what the peasants of Derbyshire thought? The Swiss style cottages were probably a step up from their old farm cottages. 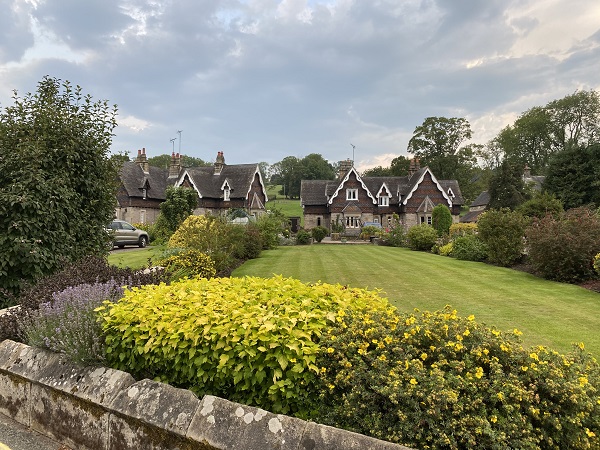 Watts-Russell is not the only Lord of the Manor to have dramatically moved a whole village; the same thing happened at Chatsworth! Between 1838 and 1842 William Cavendish, 6th Duke of Devonshire had the village of Edensor moved out of sight over a hill, apart from one cottage whose tenant did not want to move, which still stands in Chatsworth Park today. 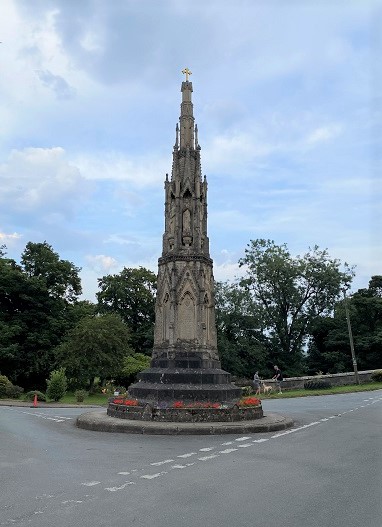 The most prominent local landmark is Ilam Cross, which is a scale model of a medieval Eleanor Cross, built in memory of Mary, Watts-Russell's wife, who died in 1840. During restoration a few years ago the top cross was taken down. All the primary school children jumped over it on the ground so that later in life they can stand and look up to the top of the monument and tell their grandchildren they jumped over the cross!

Autumn is a fabulous time to discover the delights of Peak District countryside, so why not book a weekend away at Hoe Grange?