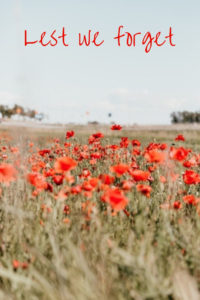 As the centenary anniversary of the end of World War 1 approaches I thought I would share a few fascinating facts about The Great War.

Trench warfare has always fascinated me. It’s almost impossible to imagine what it must have been like at the front line being under relentless attack, with the noise of artillery and the constant dangers of shells and gunfire.

However, World War 1 posed many other dangers such as boredom, trench foot, gang green and having to eat your ration surrounded by rats!

One of the most effective weapons in World War One was the humble handwritten letter, which helped keep up morale among the troops!

A staggering 12 million letters were delivered to the front every week.

Today we think Amazon is speedy, but amazingly during World War 1 it only took two days for a letter from Britain to reach the front in France. Letters were sorted at a purpose-built depot in Regent's Park before being shipped over the channel to the trenches. By the end of the war, two billion letters and 114 million parcels had been delivered.

Hard to believe but Sidney Lewis was just 12 years old when he lied about his age and joined the army during World War One! Sadly he was just one of thousands of eager underage boys who enlisted and ended up fighting alongside their adult counterparts on the front.

It makes you wonder why they would want to go to war, but for some it was an escape from their dreary lives and dreadful conditions.

How could this happen?

3. Thankful Villages - why the lack of celebration?

A Thankful Village is a community where everyone who went to fight in World War One came back alive. Bradbourne just 3 miles from Hoe Grange is one of just 54 thankful villages in England and Wales.

You would think that being a Thankful Village would be a cause for real celebration, but at the time it was actually a source of embarrassment and shame for many.

The number of men who died in World War 1 was devastating and these villages were surrounded by others where loved ones had not returned. 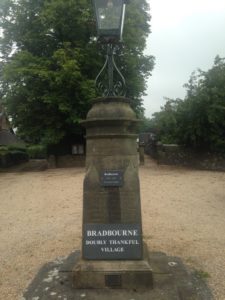 However just because everyone came back alive, didn’t mean they were unaffected by the terrible traumas of war and what they had been through. In those days Post-traumatic Stress Disorder was not a recognised condition, and many found it hard to fit back in to civilian life.

Bradbourne is one of an even more elite group of villages, one of just 15 said to be doubly thankful, as again during the Second World War all those who fought against Hitler's Germany and its allies came back home.

Perhaps the fact that they were all farming families and enlisted together played a role in the survival of their small group?

Did you know that plastic surgery was pioneered during the First World War?

A million British soldiers died in World War One, and double that amount came home injured. For many of those lucky enough to return, the wounds they suffered in Europe would leave them permanently disfigured.

The biggest killer on the battlefield and the cause of many facial injuries was shrapnel. Unlike the straight-line wounds inflicted by bullets, the twisted metal shards of a shrapnel blast could easily rip a face off. Not only that, but the shrapnel's shape would often drag clothing and dirt into the wound.

Improved medical care meant that more injured soldiers could be kept alive, but urgently dealing with such devastating injuries was a new challenge.

At the start of the World War 1, little consideration was given to the trauma of facial injuries. It came as something of a surprise that so many victims survived the field stations to the point of treatment. 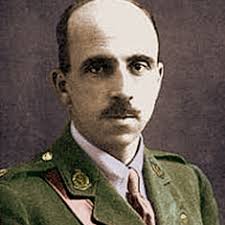 Surgeon Harold Gillies was horrified by the injuries he saw and took on the task of helping victims, setting up a specifically-designed hospital in Sidcup. It treated 2,000 patients after the Battle of the Somme alone. Here Gillies pioneered early techniques in facial reconstruction.

Previously viewed with suspicion, facial reconstruction became an integral part of the post-war healing process. However, in a world before antibiotics, going under the knife for an experimental form of surgery posed as many risks as the trenches themselves!

5. Accidents on the Home Front and Yellow peril

Injuries didn’t just happen on the front line, for those left behind The Home Front could be equally dangerous.

To fill the gap left by a generation of fighting men, more than a million women took the opportunity to join the workforce between 1914 and 1918. They worked across the entire economy - from tram drivers and train cleaners, to postal workers, police patrols, engineers and farmers.

Why did so many accidents occur?

As a result accidents were common, but the figures were often suppressed to keep morale high. For example an explosion at a TNT plant in Silvertown, East London, killed 73 people and destroyed hundreds of nearby homes in January 1917.

Dangerous chemicals health problems that would outlast the war itself. TNT, for instance, gave workers toxic jaundice turning their skin yellow – the so-called yellow 'canaries' of the arms factories.

6. Feeding the nation - producing enough oats for everyone!

With over 170,000 farmers fighting in the trenches and up to half a million farm horses requisitioned by the War Office farmers had to adapt the way they worked to meet the food production challenge. 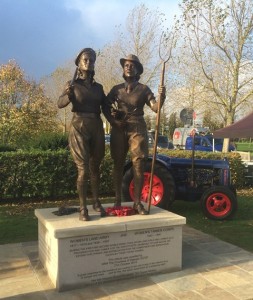 By 1917 over 98,000 extra women were recruited into the Women’s Land Army to fill the labour gap. A further 66,000 soldiers returned from the frontline to help with the harvest. Without the heavy horses tractors began to do the work of many hands.

By 1918, there were 6,000 tractors in operation in Britain. The 'Ploughing Up' campaign of 1917 saw an extra 2.5 million acres of land used for growing cereals.

By the end of World War 1, an extra 915,000 tonnes of oats, 1.7 million tonnes of potatoes and 830,000 tonnes of wheat were grown. With the sheer hard work of British farmers and growers, and the Woman's Land Army, Britain avoided being starved into submission. Find out more about the few that fed the many.

7. A thousand horses per day were shipped from overseas 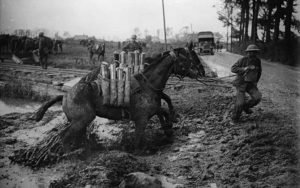 In 1914 the British Army owned just 80 motor vehicles so horses were desperately needed for transporting supplies.

Also conditions on the Western Front were so appalling that motor vehicles were totally unsuitable.

Over eight million horses and countless mules and donkeys died in the First World War. At the start of World War 1 in 1914 the British army owned just 25,000. The War Office had the urgent task of sourcing half a million more, so inevitably the British countryside was virtually emptied of horses, from the heavy draft horses such as the Shire through to the lighter riding ponies.

My shire cross Oliver would definitely have been needed – I can’t imagine how awful it must have been, especially for farmers who needed their horses for heavy work. 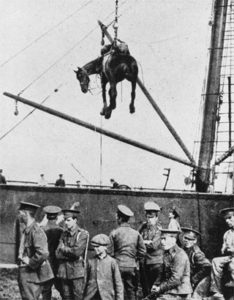 To meet the demand over 1,000 horses a week were shipped from North America, where there was a plentiful supply of half-wild horses on the open plains.

Many of the men, grooms, infantrymen, cavalrymen formed close bonds with the horses in their charge, but they could do little to prevent the appallingly high death rate due to shelling, front-line charges, lack of feed and exhaustion. This tragic story of the suffering of horses in World War 1 is immortalised by Michael Morpurgo’s War Horse.

100 years on - I hope you found these facts about World War 1 interesting and will pause a while on Remembrance Sunday 11th November to reflect on the sacrifices that our forefathers made to ensure the safety and peace of our nation.