Underground in the Peaks

Peak Tangent are a group of girls who meet every two weeks and in the summer we like to get out and about to make the most of our stunning Peak District. This week we ventured underground into one of the richest and deepest copper mines.

Ecton in the Manifold Valley has been mined probably for much of the last 3500 years, but became famous as one of the highest grade and productive copper mines in the World during the 18th century under the ownership of the Chatsworth Estate.  It is said that the fifth Duke of Devonshire made such a huge profit of over £300,000 that he was able to finance the building of the magnificent Buxton Crescent, and the stables which are now the University of Derby campus in Buxton. 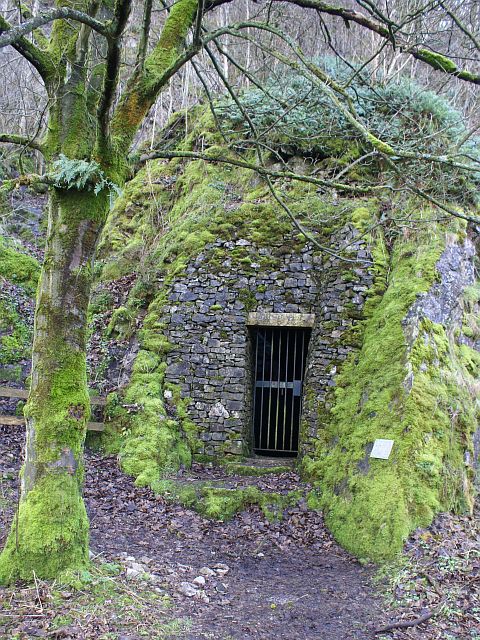 Today, access to the mine is restricted, and we entered through a long passageway which was flooded with water. It is incredible to think that the hard Limestone rock was mined mostly by hand, by candlelight in cramped conditions. Once extracted the ore was smelted for a wide range of uses, including the manufacture of brass and the sealing against barnacles of Royal Navy vessels.

The copper found at Ecton was up to 60% purity which is amazing as most of the modern mines in South Africa have low purity of less than 1% - no wonder the Duke made his fortune!

As the mine became deeper, the Duke engaged Messrs Boulton and Watt to build a steam engine at the top of the shaft to lift the ore from the depths below. This was completed in 1788 and the Engine House, which was bought by the NT along with the land, still stands and is thought to be the oldest mine-winding engine house in the world.

Ecton is of great historical importance as in its heyday in the late 18th century it was at the forefront of developments in mining technology. It was the site of: 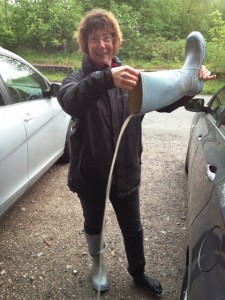 It was a fascinating tour and although not officially one of the seven Wonders of the Peak District it really is worth a visit. If you want to find out more you can trek up to Ecton Engine House run by the National Trust, or join one of their  "Ecton Underground Overground" days during the season.

However a word of caution - if touring the underground mine make sure your wellies are actually waterproof or you may end up with soggy socks like mine!