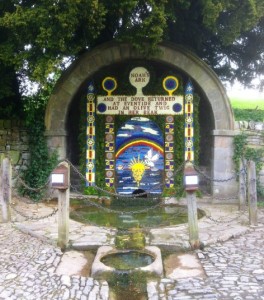 The dressing or decorating of water wells as a thanksgiving is an ancient art peculiar to the Peak District, which goes so far back in time that no one can be exactly sure of the origins. One of the most spectacular well dressings in Derbyshire is in the village of Tissington, just 3 miles down the road from Hoe Grange.

One theory is that the custom began in Tissington village just after the Black Death of 1348. The villagers were spared the ravages of the plague, and their immunity was attributed to the purity of the water.

Others believe the custom started later in 1615, after severe droughts throughout the area lead to loss of cattle and crops, except at Tissington where water flowed freely from the 5 wells in the village.

So water shortages are not such a modern phenomenon after all, and we should all celebrate the gift of life through water, which we so often take for granted!

The wells are decorated by pressing brightly coloured flower petals and natural materials into a bed of wet clay, mixed with salt, on a backing board. These boards are erected around the wells in the village to give spectacular displays, usually based on a biblical theme. 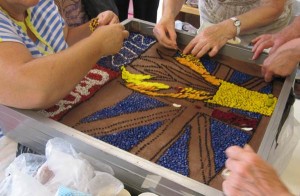 If you missed Tissington, Youlgrave have a well dressings week starting June 22nd and we just happen to have a cancellation here at Hoe Grange Holidays for a few days from June 24th - come and stay with us and see this ancient tradition for yourself. 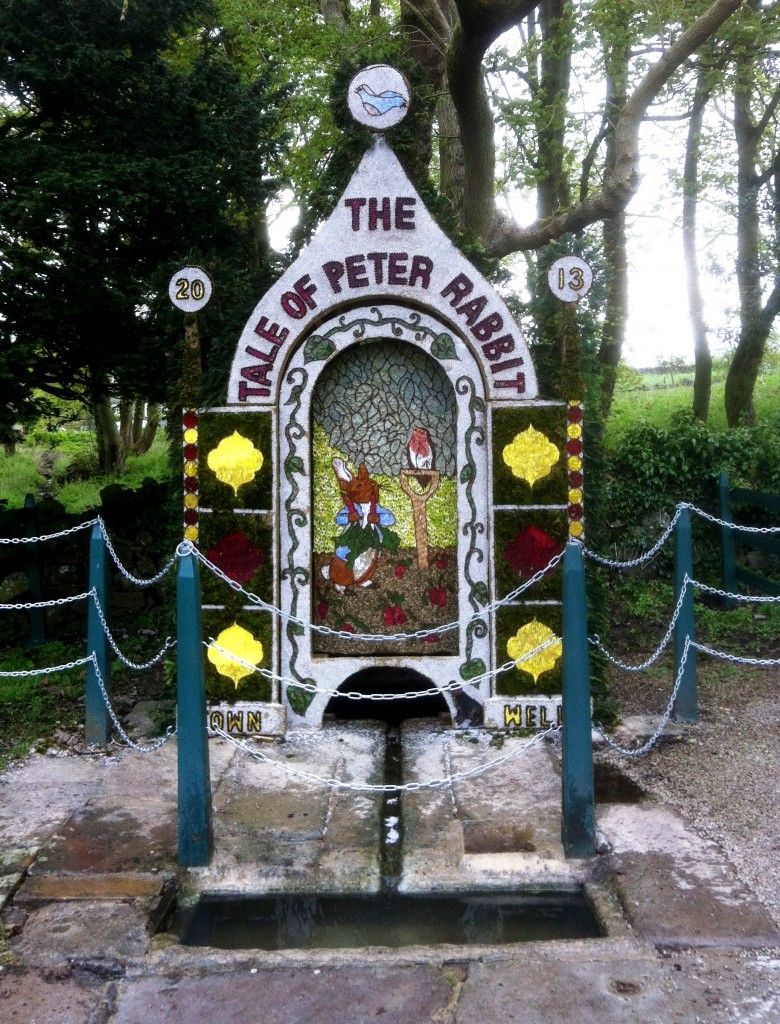