New gates open up the views over Winnats Pass

We would like to share the story of our photographer friend Wesley Kristopher Chambers, who recently raised funds to replace one of the most the iconic stiles at Winnats Pass in the Peak District. 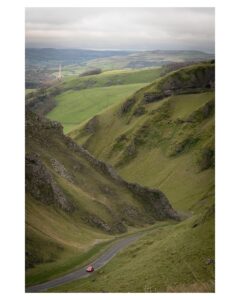 Wesley grew up visiting the Peak District as the stunning countryside was easily reachable from his home town of Sheffield. He took up photography, initially as a hobby, using the stunning Peak District landscape as his classroom to practice techniques. At the same time getting outside really helped with his anxiety and depression. It's amazing what a difference being outside and connecting with nature can make to your mental wellbeing.

One of Wesley’s favourite places to photograph is the iconic Winnats Pass, with the road winding down through the deep limestone gorge. The name Winnats comes from ‘Windy Gates’ and it is indeed one of the windiest entrances into Castleton and the Hope Valley!

As you can imagine with such amazing views this special spot is very popular with photographers, hikers, cyclist and tourists alike. It is also designated a Site of Special Scientific Interest (SSSI) full of rare plants and limestone fossils.

Winnats Pass has many caves and old mine shafts. Lead mining was a busy industry around Castleton in the 18th century, but the area is best known for the semi-precious stone Blue John, which is still mined today.  Blue John is unique and only found only in the limestone mines of Castleton. Why not visit Blue John Cavern and Treak Cliff Cavern when you stay with us at Hoe Grange?

To get the best panoramic photographs there is a strenuous climb to the highest points. Unless, you’re in the know and park in a lay by near the top of the road at a junction leading to Mam Tor! From there it is a much shorter walk over the fields to the summit, with panoramic views over the Gorge and the famous Hope Valley cement works that appears on Channel 4. 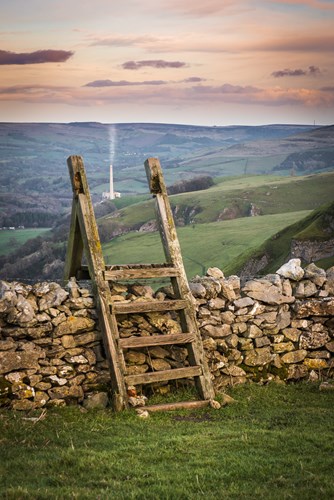 Wesley was out in early February, trying to capture the perfect snowy shot, when he lost his camera and tripod in a freak gust of wind. He instinctively went to retrieve his expensive equipment without a seconds thought. Before he knew it he was slipping and rolling down the steep hillside at speed.

Fortunately a fellow photographer, Sam Walker, spotted his plight and gave Wesley a helping hand before the Edale Mountain Rescue came out. Luckily Welsey only suffered a sprained wrist. It was one of those moments where your life flashes before your eyes. It doesn’t bear thinking about what might have happened, a fall in those conditions could even have been fatal.

Wesley's way of saying thank you

Wesley wanted to find a way of saying thank you for everyone who helped rescue him. As you can see from the video below the old stiles up on the edge were dangerously unsteady, so Wesley decided to fund raise to replace the stiles with a more accessible stock proof gates. He set up a Just Giving page and decided that any funds left over would be split between three charities, Edale Mountain Rescue Team, The Peak District Foundation and Derbyshire Wildlife Trust.

Wesley commented “The old stile prevents a lot of people who enjoy walking here from seeing the amazing views. It's a much loved Stile to use and to Photograph and Winnats Pass has a strong symbolism as a gateway to the Hope Valley and the Peak District! I know it would mean a lot, not to just myself and fellow Photographers but many, many others! I also know that a lot of people will discover this route for themselves after the recent cloud inversion spectacles which this area is famous for and if planned and the right conditions appear, is something you don't want to miss!"

I think you'll agree it's a job well done, enabling more people to easily access the stunning views over Winnats Pass. Next time you stay at Hoe Grange Holidays, why not pack up a picnic and head up to Winnats Pass to enjoy the views for yourself?

Since then Wesley has realised his dream to become a full time professional photographer. He has taken some stunning photos here at Hoe Grange; my favourite one is of Coco the calf.

This year his talents have been recognised. He entered the Landscape Photographer of the Year and deservedly won not just one, but two prizes! He was runner up in "Changing Landscapes" with his image Cloud Factory and runner up in "Landscapes at Night" with his image Light Pass! ⁣What an amazing start to his new business and we wish him every success. 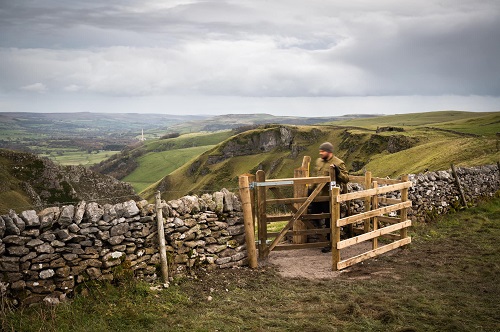