Do you recognise this handsome young couple? 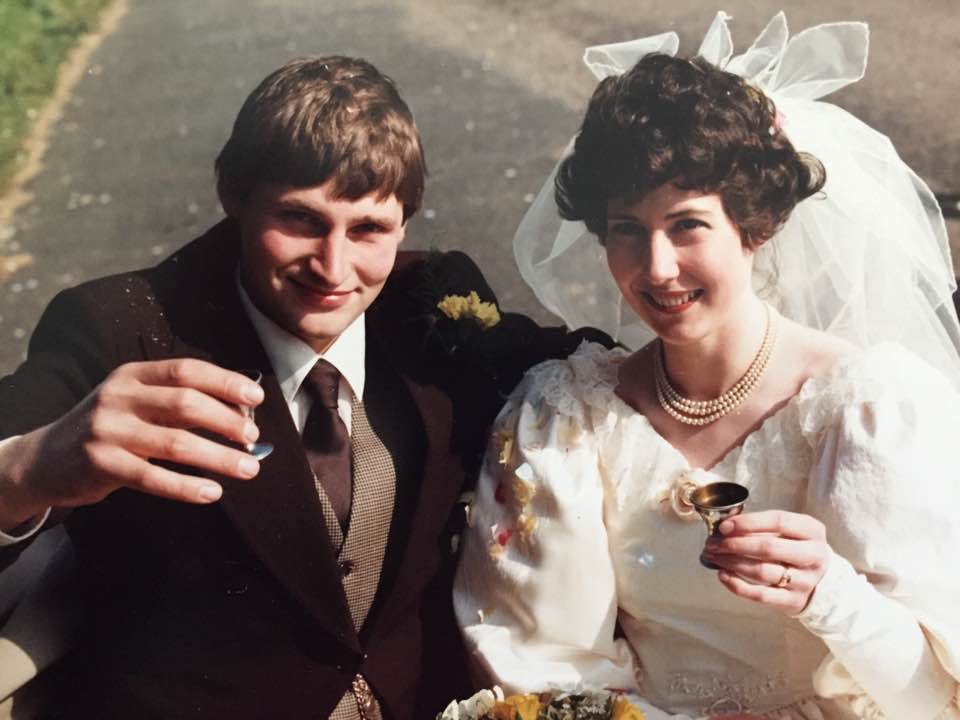 Yes it’s yours truly – a few less laughter lines, a little thinner and not a spec of grey hair in sight! Hard to believe, but this week we are celebrating our 30th wedding anniversary – where has the time gone?

We were married at St. Michael’s Church, Sutton-on-the-Hill on 20th September 1986. The weather was glorious September sunshine just like it has been this week.

As I was marrying into a farming family the wedding had to be arranged around the farming calendar, avoiding lambing, silageing, and hay making. Also the wedding service had to be at 12 o’clock to enable David’s relatives to nip off and milk the cows at 4 o’clock before returning for the evening reception! These traditional farmers, very much set in their ways, were totally bemused by the fact that the bride had chosen brown top hat and tails that they had to go all the way to Leicester to be fitted for! 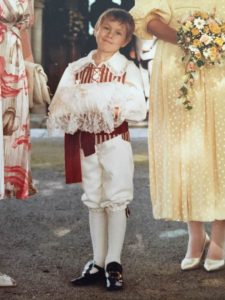 There were two bridesmaids and my nephew who was 4 years old at the time was a page boy. Max was not very keen on the knickerbockers, striped waistcoat, or buckles on his shoes, until we convinced him he was dressing up as a pirate - luckily he didn't ask for an eye patch or a sword !!

Back then horses were as much part of my life as they are now and we left church in style riding in a landau carriage pulled by two greys, Merlin and Mystic, expertly driven by Mick Bale, who was like a second father to me. 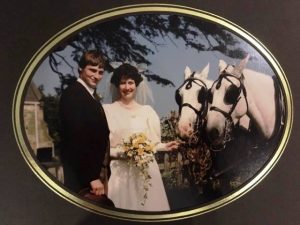 The reception was held at Newton Park Hotel, Newton Solney. Everyone was so enjoying the sunshine and the photographer was having a field day in the beautiful gardens, much to my father's annoyance as the Wedding breakfast was waiting! The day passed in the blink of an eye, which always seems to happen when you know everyone at the party and you’re having the time of your lives! The following day we traveled to Paris for a 10 day honeymoon - the longest time David has ever spent away from Hoe Grange Farm.

So to celebrate our wedding anniversary in style fine dining was the order of the day and we decided to try out The Kedleston Country House. Whilst this was an evening for us to celebrate 30 years together we couldn't resist putting on our “holidays” hat and tipping you all off as to the amazing cuisine! What a great excuse to try out somewhere new!

Off to a good start as booking a table online was simple.The staff were very welcoming and attentive without being intrusive, the decor retained many of the traditional features, but with a modern twist, and the furnishings were comfortable. It was a lovely atmosphere and there several small snugs where you could sit and relax. 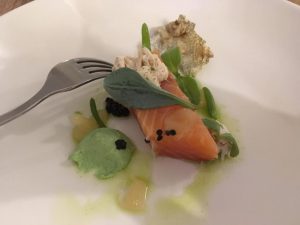 There was an extensive menu using seasonal produce and the house wine was excellent. Accessibility had also been carefully thought out with a ramped entrance to the conservatory from the level gardens which also featured a crochet lawn. The path from the car park was small gravel, but there was space for a car to be drawn up outside the entrance if needed. 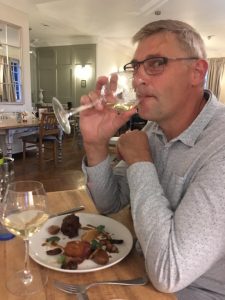 David still as cheeky as ever!

All in all a romantic evening full of memories, and a wonderful way to celebrate our wedding anniversary.