Tissington Well Dressings are back!

A favourite #LoveLocal event of ours is Tissington Well Dressings, an ancient tradition to give thanks for the pure, clear water, the essence of life. After a two year break due the pandemic it's wonderful to see this ancient tradition return. 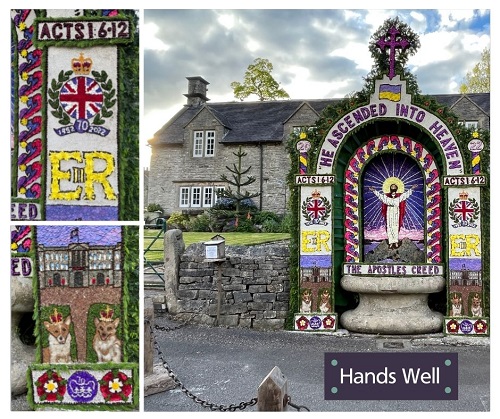 How long have Tissington Well Dressings been celebrated?

The dressing or decorating of water wells as a thanksgiving is an ancient art peculiar to the Peak District, which goes so far back in time that no one is exactly sure of the origins!

Some believe that the tradition began in Tissington village just after the Black Death of 1348. At this time the villagers were lucky to be spared from the plague, and their immunity was attributed to the purity of the water. 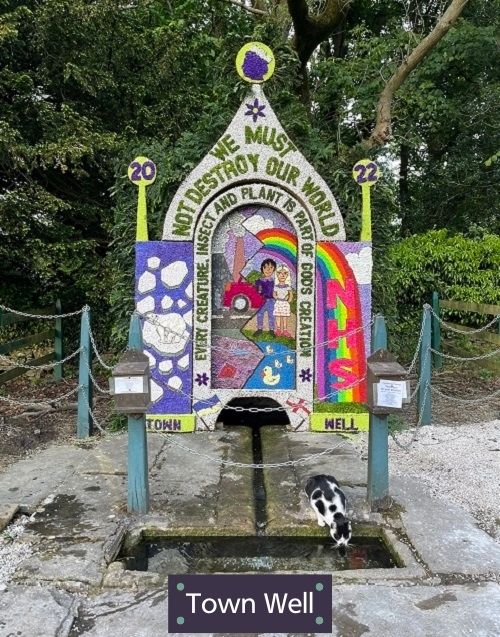 Another theory is that the custom started later in 1615, after severe droughts throughout the area led to loss of cattle and crops, except at Tissington, where water flowed freely from the 5 wells in the village. We will never know for sure, but suffice to say well dressing has been going on for hundreds of years with the traditional techniques being passed down the generations!

Each well is decorated with an intricate and colourful display of flowers and natural materials. The process starts several weeks before Ascension Day when the wooden frames are constructed and placed in the village pond to soak. Each board is pulled out from the pond and covered with clay, mixed with water and salt.

A design is sketched on paper, and then traced into the clay. The outline of the design is created with cones from alder trees and coffee beans before the detail is filled in with natural materials. Colourful flower petals and mosses bring the designs to life with wool, twigs, beans, seeds, and stones added to create texture. This is done during the previous three days to Ascension Day. 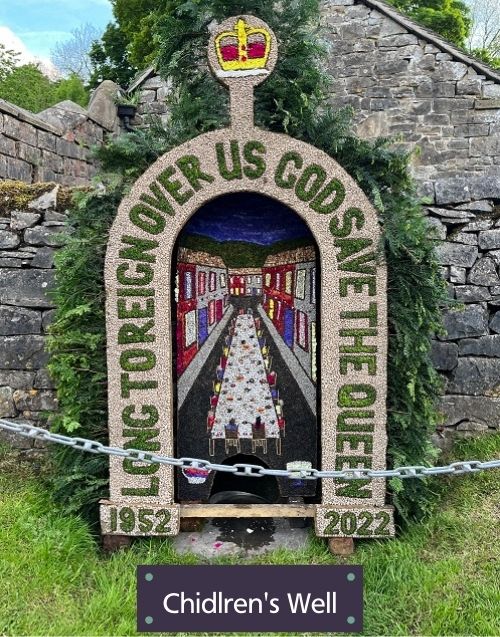 Although originally a pagan tradition it was later adopted by the Church and many of the wells are decorated with a biblical theme. In more recent times designs often celebrate a national event. This year Tissington Hall Well celebrates the Queen's Jubilee. 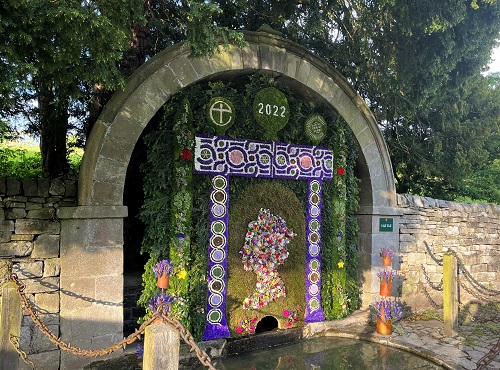 It's not just a thanksgiving but a marvellous way of bringing the whole village community together as everyone contributes in some way to this annual event, digging clay, picking flowers, decorating the boards or erecting the dressings at the wells throughout the village. All ages get involved and children sometime create smaller designs to raise money. 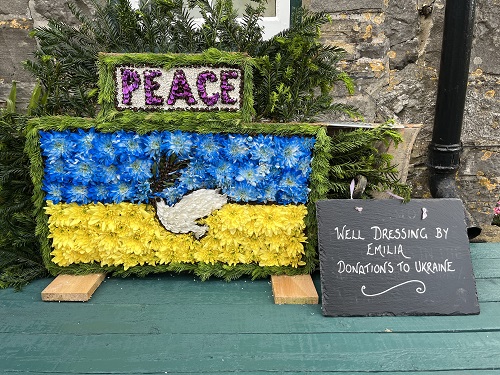 The celebrations start on Ascension Day (celebrated on the 40th day of Easter, which is always a Thursday) with a Church service at St. Mary’s Church followed by a procession through the village blessing each well. The Well Dressings are displayed for a week and they are "well" worth a visit!

If you missed the well dressings at Tissington there are other well dressings in the Peak District later in the summer, including Ashford in the Water, Youlgrave, Bakewell and Wirksworth.

Things to do in Tissington Village

There is plenty of activity in Tissington throughout Well Dressing week. Why not pop into Edward and Vintage Sweet Shop for some flavoursome fudge, pick up a plant from Tissington Nursery, which is housed in the estate's walled kitchen gardens? Or treat yourself to a beautiful hurricane candle, or some unique Dovedale ceramics from On A Wick and A Prayer candle workshop, or stop off for an ice cream at Herbert's Tea Rooms, or get creative at Tissington Craft Corner.

During well dressing week Roger Allen, the watercolour artist who lives here at Hoe Grange, also exhibits his paintings, so pop in and say hello! 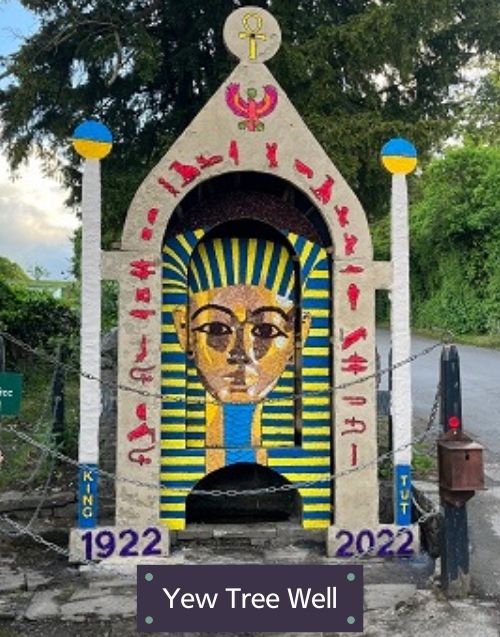 If you're not local to Derbyshire you probably haven't heard of well dressings, but quirky events such as well dressing is what makes the Peak District a #uniquedistrict. The well dressings are on from today Thursday 26th May to Wednesday 1st June, and are 'well' worth a visit!

What's your favourite well design? This year I loved the Highland cows at the Coffin Well. 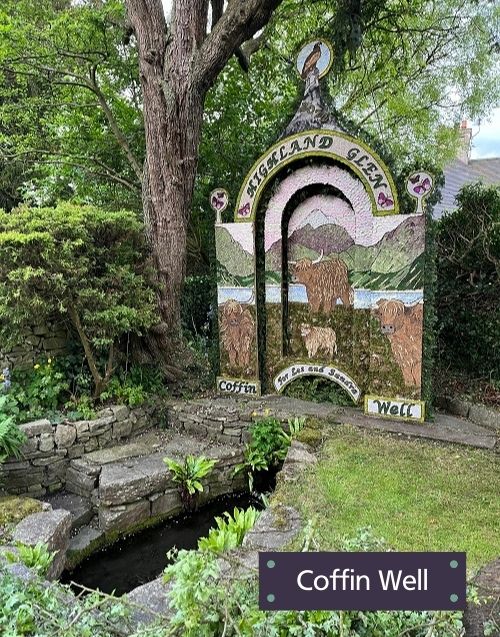