January weather is usually cold and frosty, but this winter has been extremely mild and the fields have dried up which meant it was perfect weather for The Four Shires Bloodhounds meet here at Hoe Grange. 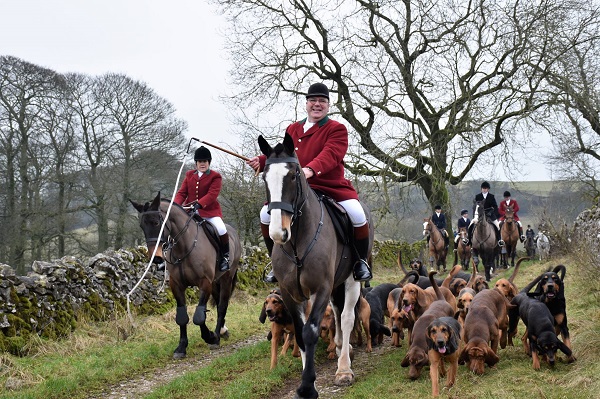 The Four Shires Bloodhound Hunt is so called as it covers the shires of Derbyshire, Nottinghamshire, Staffordshire and South Yorkshire. It attracts riders of all abilities and ages who enjoy cross country riding whilst tracking the scent of a human runner. Welcoming all, the hunt have a second field for novices and less confident riders who prefer to take the course gently and avoid the jumps.

Did you know that Bloodhounds have a highly developed sense of smell? Unbelievably it’s up to 800 times greater than that of other dogs, which is why they make such superb hunting animals. Bloodhounds were originally bred for hunting deer and wild boar, and since the Middle Ages for tracking people. 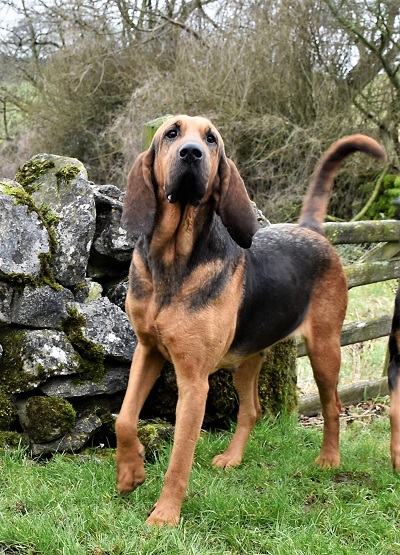 The breed is famed for its ability to distinguish human scent over great distances, even days later!

The human runner or “quarry” today was Paddy Wright who is a Derbyshire Cross Country Champion and fitness instructor. Being a runner over our steep, hilly Peak District terrain is not for the faint hearted and you certainly need to be extremely fit to keep ahead of the hounds! Here's the runner getting instructions on the route. 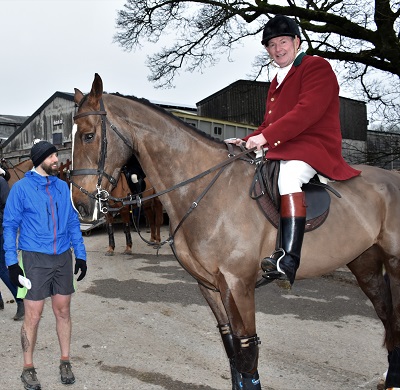 Luckily bloodhounds are large but very gentle-natured and despite their name the runner suffers nothing more than a few licks!

Hunting with bloodhounds is often referred to as hunting the "clean boot", although the runners’ shoes are definitely far from clean by the end of the day!

This differs from a drag hunt where a very strong scent is laid which often means the hounds tend to race along at great speed. When the blood hounds are following a human they have to work the scent to distinguish it from other smells and are therefore slower. Once they get the scent they start singing - it’s an amazing sound to hear them in full cry. 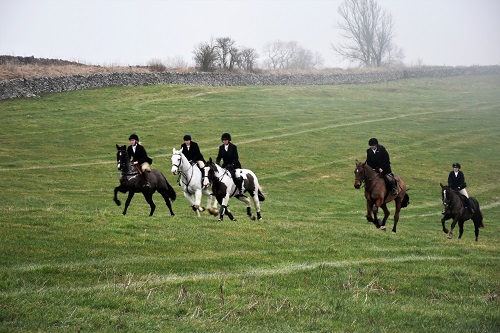 I didn't join in the hunt and ride Oliver as he gets over excited with the baying hounds! Hounds, horses and humans all love a good day out in the countryside as you can see from the photos on our Facebook page.